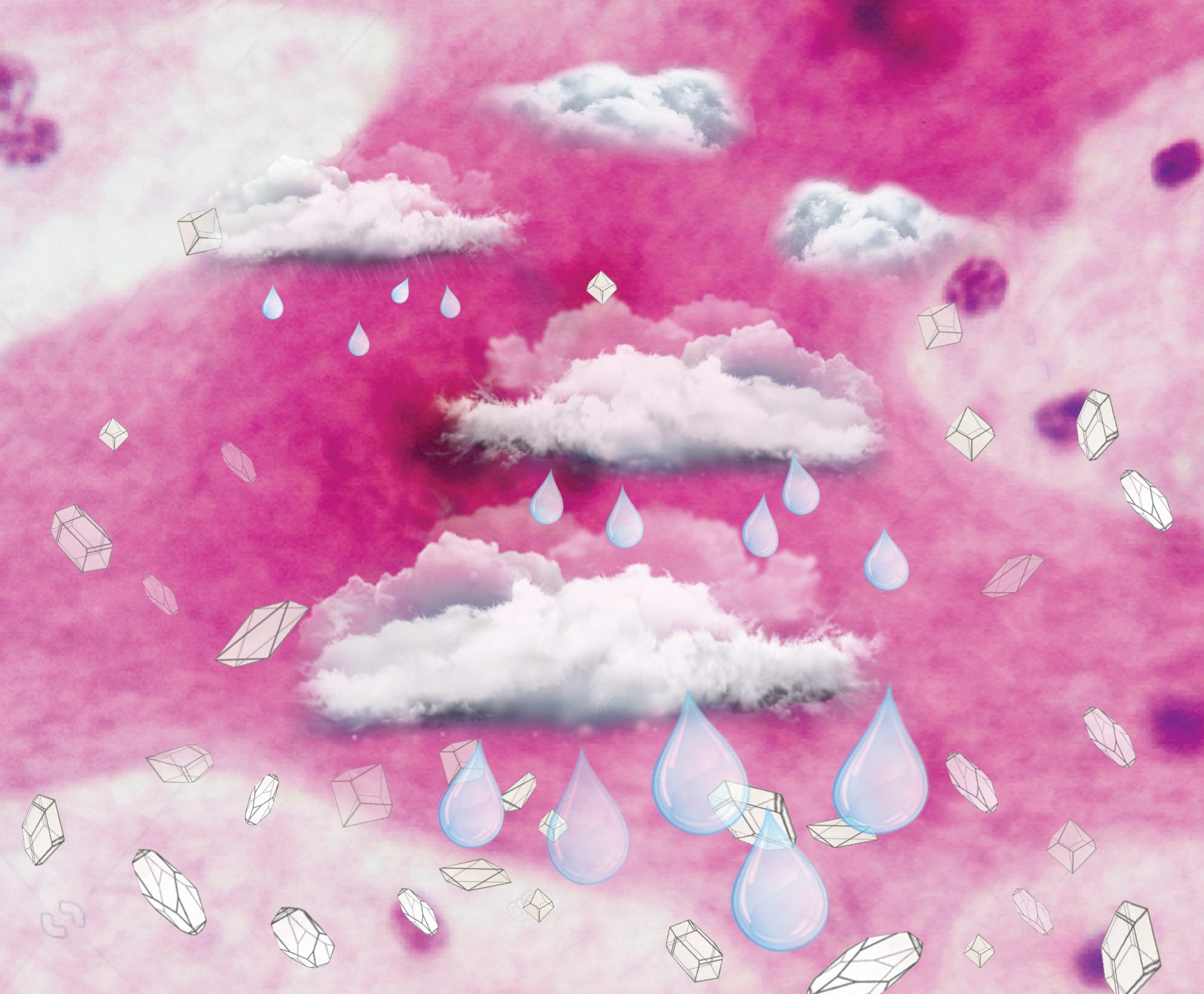 A team of scientists associated with the University of Michigan Center for RNA Biomedicine discovered unexpected cellular adaptation mechanisms in response to dehydration. The observed protein reaction has never been reported before.

The research began while observing processing bodies (P-Bodies), which are membrane-less organelles (MLO) involved in RNA degradation in human cells. The team found that, in response to osmotic changes provoked by high saline or sugar concentrations and subsequent dehydration, many proteins within the cell form aggregates similar to P-Bodies. The reaction takes only a few seconds and is reversible.

This phenomenon is distinct from the well-known integrated stress response that leads to the formation of stress granules, another type of membrane-less organelle that aggregates over several minutes.

“At the fundamental level, our work has unraveled a new paradigm for subcellular (membrane-less) organization and rapid stress response,” says Sethu Pitchiaya, a biophysical chemist, one of two shared first authors and a co-senior author on this publication.

Illustration: A pink cell experiences a gradient of salt levels, depicted as crystals. In response to changes in external salt levels, “clouds” of protein form by phase separation. These protect against the dehydrating effects of salt. (Illustration, Elisabeth Paymal)

Proteins that undergo this hyperosmotic phase separation (HOPS) seem to be first responders to osmotic stress. The data suggest that many members of a cell’s entirety of proteins, or proteome, can rapidly change their “social distancing rules” to condense – especially when they already have the capacity to multimerize – revealing a heretofore underappreciated mode of globally programmed phase separation and sequestration in response to changes in cell volume. “When proteins are quickly forced to be in a smaller volume, those that can multimerize appear to sense this change. The response is dramatic, and is remarkable because cells typically take much longer to respond to changes in the environment,” says Ameya Jalihal, Ph.D. student and the shared first author.

HOPS does not impair the health of the cell. However, the authors observed that the processing of many genes can change, likely modulating energetically expensive processes to prepare the cell for the stress, just like humans tend to aggregate to de-stress under duress.

“Just like water vapor condenses into clouds in the sky before a rain, we believe that we have discovered a fundamental cellular process that responds to environmental changes,” says Nils G. Walter, Ph.D., Francis S. Collins Collegiate Professor of Chemistry, Biophysics & Biological Chemistry and senior author on this publication.

This detailed study required a Single Particle Tracker TIRFM equipment, available at the University of Michigan (U-M) Single Molecule Analysis in Real-Time (SMART) Center, a core facility of the U-M Center for RNA Biomedicine. “Our ability to directly see these fine changes in protein distribution at such small distance scales helps us learn about how proteins behave inside the cell, and sense the external environment,” says Jalihal.

These findings are published in Molecular Cell, August 27, 2020.