Exploring the mechanisms involved in sleep-dependent memory storage, a team of University of Michigan (U-M) cellular biologists found that RNAs associated with an understudied cell compartment in hippocampal neurons vary greatly between sleeping and sleep-deprived mice after learning.

Sara Aton, Associate Professor in the Department of Molecular, Cellular, and Developmental Biology, and James Delorme, a recent U-M neuroscience graduate student, hypothesized that both a learning event and subsequent sleep (or sleep loss) would impact mRNA translation. Most prior work on the effects of sleep on mRNAs have focused on transcripts in the neuronal cytosol. However, Drs. Aton and Delorme found that after learning, major changes in RNAs are instead present —almost exclusively— on ribosomes associated with neuronal cell membranes. These results have been published in the Proceedings of the National Academy of Sciences, in November 30, 2021.*

In this representation, the red background is the cytosol, and ribosomes are in light green. tRNAs are the purplish blue blobs. Some tRNAs are in the cytosol and others are bound to the green ribosomes. The mRNAs are represented in yellow. The thin purple strand coming out the other side of the ribosomes (and into the ER lumen) is the protein. The big thick black lines in the bottom left corner represents the lipid bilayer of the ER membrane. (Image credit: Sara Aton)

END_OF_DOCUMENT_TOKEN_TO_BE_REPLACED 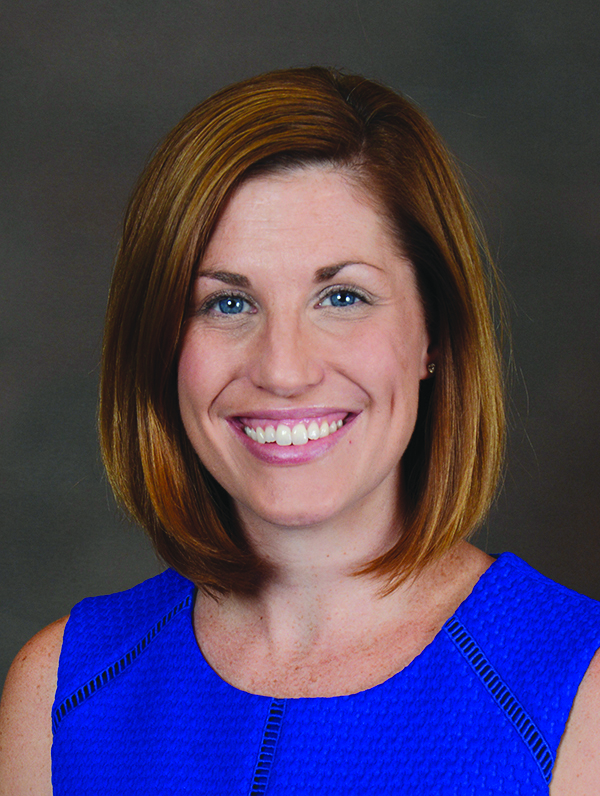 Chase Weidmann is our second RNA Faculty Scholar hire and is an Assistant Professor in the department of Biological Chemistry at the Medical School.

Bacteria need to constantly adapt to compete against other species for nutrient sources and to survive against threats such as antibiotics and toxins. In an effort to understand how bacteria control and regulate this adaptation, University of Michigan researchers from the Center for RNA Biomedicine are examining how RNA polymerase—the enzyme that transcribes genetic information from DNA onto RNA—slows during transcription in a process called transcriptional pausing.

They found that a protein called N-utilizing substance A, or NusA, in concert with another control element called a riboswitch, fine-tunes the transcription speed in order to regulate gene expression. Gene expression is the process by which genetic information is converted into the building blocks of the bacterium.

The researchers say their work, published in the Proceedings of the National Academy of Sciences, expands our general understanding of the transcription process in bacteria, and could provide a target for developing new antibiotics.

An initiative to make the University of Michigan a world leader in RNA therapeutics,
spearheaded by the Center for RNA Biomedicine and the Biointerfaces Institute

Fueled by the COVID-19 mRNA vaccine success and the recent Nobel Prize in Chemistry for the discovery and elucidation of the bacterial CRISPR systems that can be harnessed for genome editing, RNA therapeutics has garnered considerable interest from academia, the pharmaceutical industry, and the public at large. To capitalize on this great momentum, the Center for RNA Biomedicine and the Biointerfaces Institute plan to leverage the strength of University of Michigan (U-M) research in RNA biomedicine and nanoparticle sciences to build a world-class resource that will convert U-M foundational research innovations into RNA-based clinical treatments. 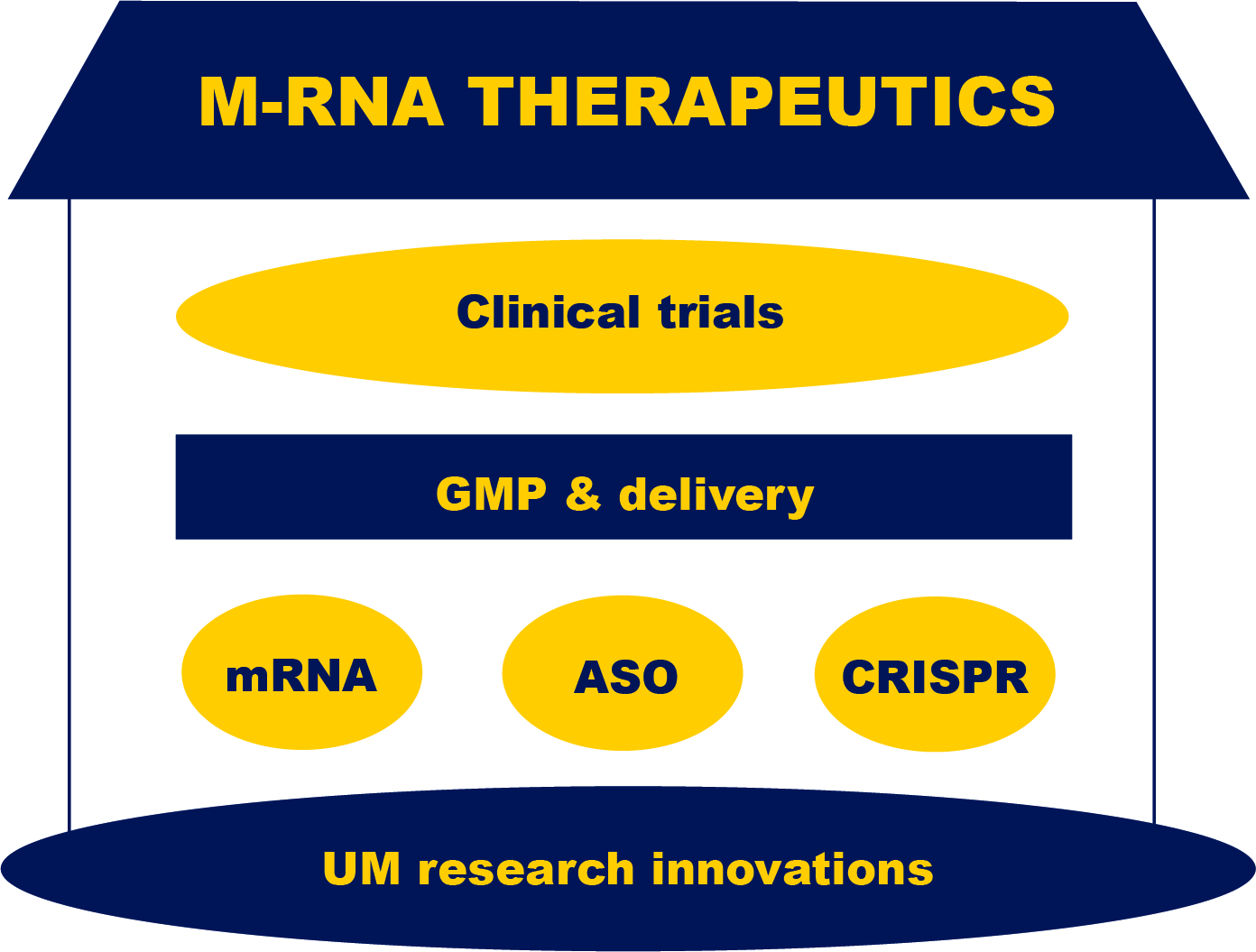 Together, we envision establishing a pipeline of RNA therapeutics reaching from the research lab to the clinic in five to ten years. Our therapies will include mRNA for vaccines against a multitude of diseases, antisense oligonucleotides (ASOs) for the suppression of undesired genes, and CRISPR for genome editing of defective genes and for precision targeting of cancer cells. M-RNA Therapeutics will also offer these technologies for laboratory research such as gene knockouts and screens.

END_OF_DOCUMENT_TOKEN_TO_BE_REPLACED

Long non-coding RNAs (lncRNAs) constitute the new frontier of investigation for molecular biologists. However, lncRNA is inconsistently defined, which fails the research community in several ways. In a scientific review [2], Professor Andrzej Wierzbicki from the University of Michigan, Department of Molecular, Cellular and Developmental Biology, and collaborators challenge the contemporary ways of understanding lncRNAs and propose a definition that is based on function and biogenesis. “Here we propose a definition that is clear and specific,” said Wierzbicki, “and we hope that this operational definition will be widely adopted.”

The authors propose the following definition: “a lncRNA is an RNA that has a function independent of its protein-coding potential and that is produced by a mechanism other than molecular ruler-based dicing or trimming.”

Photo: Arabidopsis thaliana (juvenile, flowering and fruiting). For geneticists, Arabidopsis thaliana, a common plant from the mustard (Brassicaceae) family, is considered the equivalent of the fruit fly (Drosophilia melanogaster). This plant can easily be used as a model system for identifying genes and determining their functions. Arabidopsis thaliana is the first plant for which a complete genome sequence was established in 2000. [1]

END_OF_DOCUMENT_TOKEN_TO_BE_REPLACED

Introducing Chase Weidmann, Ph.D.,
Assistant Professor in the Department of Biological Chemistry
and RNA Scholar Faculty of the Center for RNA Biomedicine.

Chase Weidmann had three goals for a career: do something “cool,” improve the lives of other people, and, of course, be able to support himself. 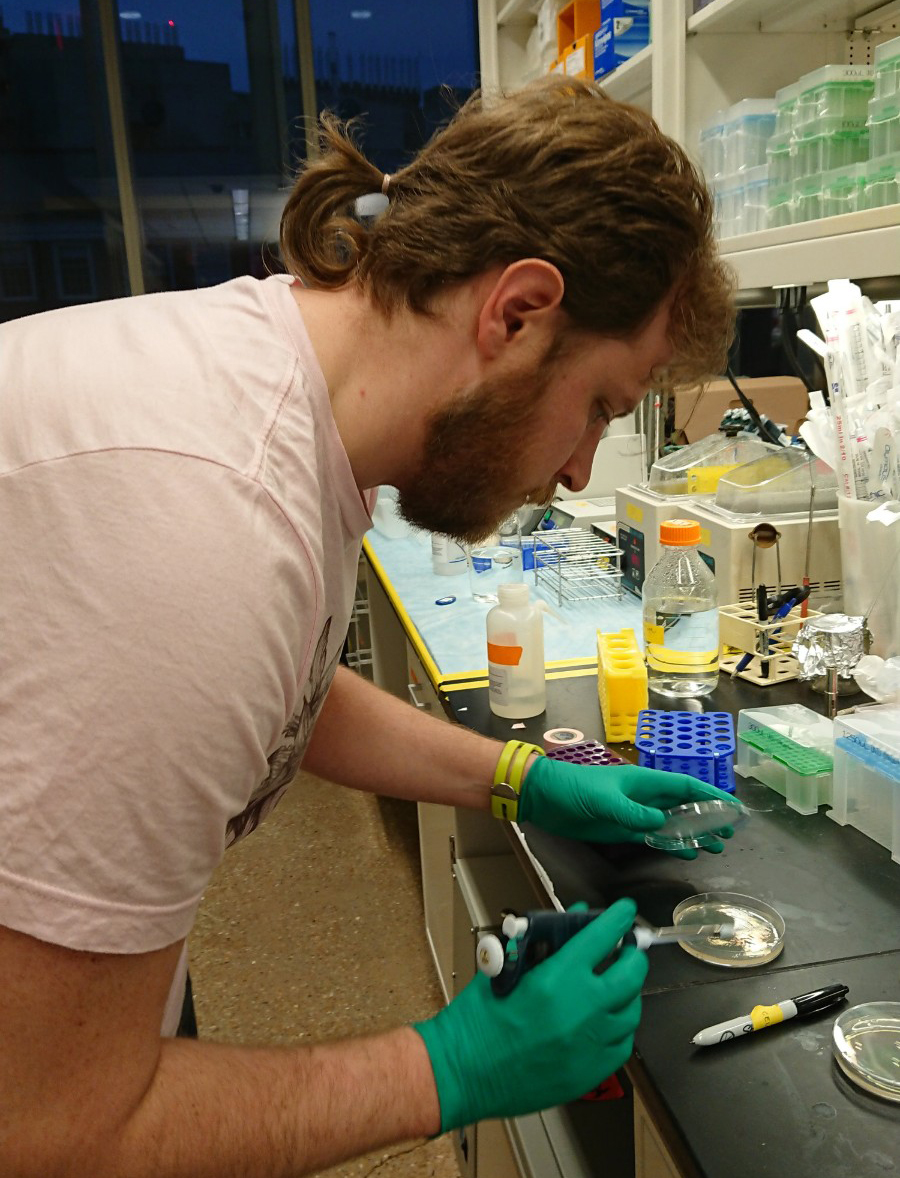 Weidmann found the “cool” in high school science classes and he quickly realized that biology and `biotechnology offer vast uncharted territories to explore. One such uncharted area was the academic system itself, as he sometimes struggled to navigate his way through college. Still, he was very glad to find that stipends and resources would enable him to continue exploring in graduate school. He pursued his doctoral research at the University of Michigan (U-M) where now, a decade later, he is joining the RNA faculty community as an Assistant Professor in the Department of Biological Chemistry and as the second hired RNA Scholar Faculty of the Center for RNA Biomedicine.

END_OF_DOCUMENT_TOKEN_TO_BE_REPLACED

When you join the University of Michigan Center for RNA Biomedicine, you join an RNA research community of over 150 faculty and their labs, across seven Schools and Colleges. This is a great opportunity to network, learn about each other’s expertise and research, and collaborate on innovative grant proposals. Membership in the Center for RNA Biomedicine is free and open to all University of Michigan affiliates (faculty, students, post-docs, lab technicians and staff) whose work involves RNA science.

END_OF_DOCUMENT_TOKEN_TO_BE_REPLACED 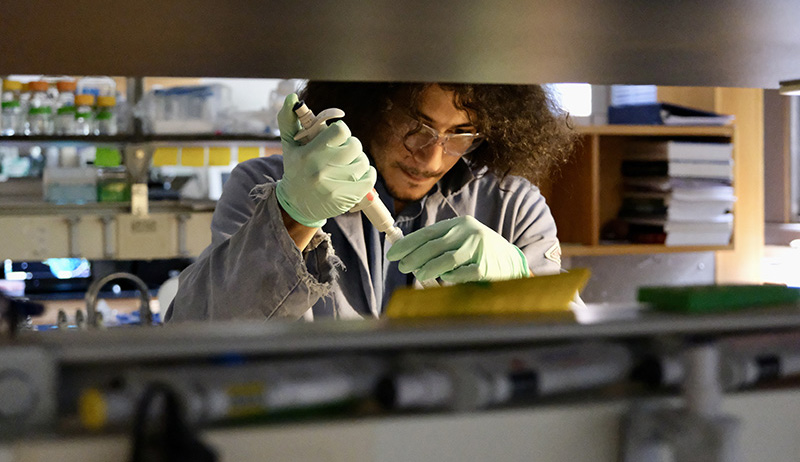 Dr. Adrien Chauvier’s journey has taken him around the world, from the Amazon rainforest to Michigan snowy winters, and his passion for science has never left him. He is now a postdoctoral fellow in Nils Walter’s lab, in the Department of Chemistry of the University of Michigan.

Dr. Chauvier grew up in the equatorial forests of French Guiana, north of Brazil. French Guiana is an important biodiversity hotspot and is also the largest French territory outside the metropole.

His father owned a large plant nursery and he is the one who instilled a deep interest for the natural world into him. ” I always wanted to go outside with my dad. I was very curious. We would take care of the plants and the soil together. It was no surprise that growing-up, I wanted to pursue a career in Science and especially in the biological field (…),” he fondly recalled. END_OF_DOCUMENT_TOKEN_TO_BE_REPLACED