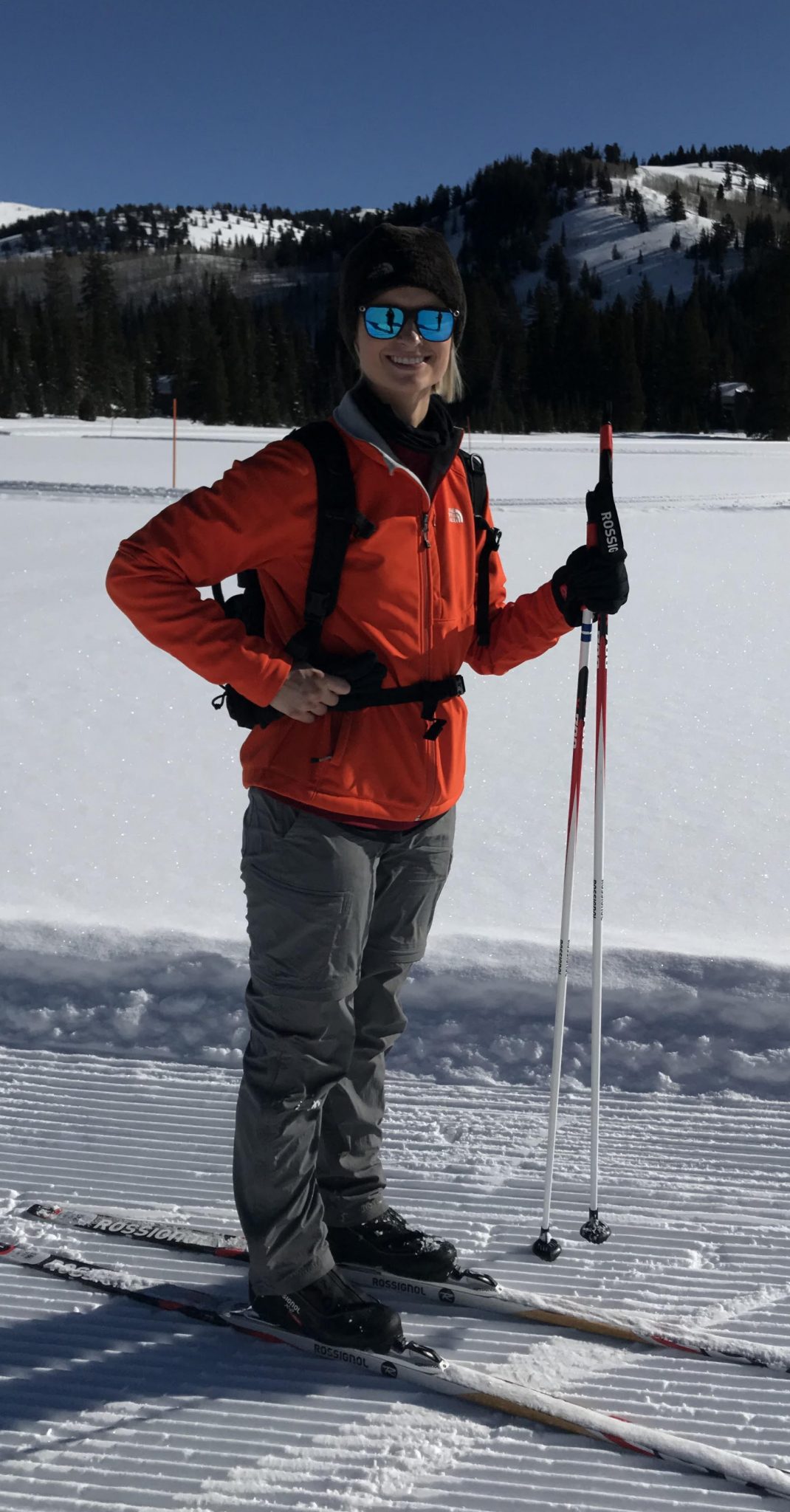 One of the challenges of becoming an expert is to keep exploring broadly while being highly focused. Alyssa English, Ph.D., a postdoctoral fellow in Dr. Stephanie Moon’s lab, has found that by extensively studying basic science and rigorously applying the scientific method, she has acquired a strong foundation that allows her to tackle many different research areas. What she has learned from studying cellular processes in yeast will eventually serve her in disease research and keep the door open to many professional options. “My foundational training has prepared me very well to eventually pursue a career in industry,” she said.

In 2020, English joined the Moon lab to study the processes underlying severe neurological diseases. To answer fundamental biological questions, she now studies EIF2AK2, a gene that codes for protein kinase R (PKR), a major player in the integrated stress response which is a pathway that regulates transcription and translation in response to different stress signals such as pathogens. In particular, PKR responds to the presence of double-stranded RNA from viruses by inhibiting global translation. This prevents the cell from translating viral genes and, as a result, prevents further viral infection.

Mutations in EIF2AK2 cause a very rare neurodevelopmental disorder called LEUDEN syndrome (Leukoencephalopathy, Developmental Delay, and Episodic Neurologic Regression syndrome). So far, only 10 patients have been reported to have LEUDEN syndrome, and they present a severe complex pathology with developmental delays, seizures, and other neurological symptoms. When these patients get a viral infection, their general condition further deteriorates which is likely due to the innate deficiency of the PKR regulation activity caused by the gene mutation.

Many mutations in the genes that encode key integrated stress response factors have also been found to cause other rare diseases. English and Moon study PKR as a proxy to assess how a genetic defect in this pathway causes disease, and they hope that their findings about EIF2AK2 mutations and LEUDEN syndrome can be used to address many different diseases.

A class at a time
While there was no pivotal moment that triggered English’s love for science, a series of explorations through a variety of scientific classes, ranging from forensic science and microbiology to a broad “Pathways to Research” course, revealed that science was her primary interest.

“My interest in science built over time.”

After a general introduction to science in high school, English did her undergraduate training at Central Michigan University. There she studied with Dr. Steven Gorsich, a biologist who researches stress in cells using yeast as a model organism. This is when English decided that she would like to pursue a career in research. Gorsich mentored her to identify a graduate “umbrella” program that would give her many options down the road. Among others, he short-listed the University of Utah where she could continue her work with yeast. A Michigander who grew up in a small rural community, English was also very curious to experience another state and a desertic climate. “It is so green in Michigan!” she smiled.

At the University of Utah, she joined Adam Hughes’ lab and her Ph.D. work focused on investigating a nutrient-responsive mitochondrial structure in yeast. “It was very basic science,” she explained, “and it gave me a great foundation as a scientist. It taught me how to make observations, formulate a hypothesis, test it, analyze data, draw conclusions, and repeat these scientific steps. I’ve acquired strong basic skills that I can now apply to something totally different.”

At U-M, English also appreciates the mentoring of a woman scientist. “It’s very helpful to have a mentor that is so relatable.” Other qualities in a mentor that she finds important are communication, openness as well as encouragement, and stretching one’s comfort zone. “Someone who thinks that their own science is very interesting motivates everyone in the lab,” she added. “But what really matters is to have someone who is genuinely a good person as a mentor.” English is also pleased to have been granted a one-year T32 Neurology grant: “it is a great training opportunity and I look forward to being part of the neurology community at the University of Michigan,” she said.

English is also very enthusiastic about the U-M Biotech Career Development Program offered by FFMI, MICHR, and the UMMS Office of Graduate and Postdoctoral Studies. The program organizes seminars from people outside of academia to learn about scientific careers. “It’s very helpful to learn about local biotech companies and to network. I’ll do a series of informational interviews over the summer to connect with scientists at various companies and plan my next steps,” she said.
She likes hiking, biking and spending time at the Great Lakes!