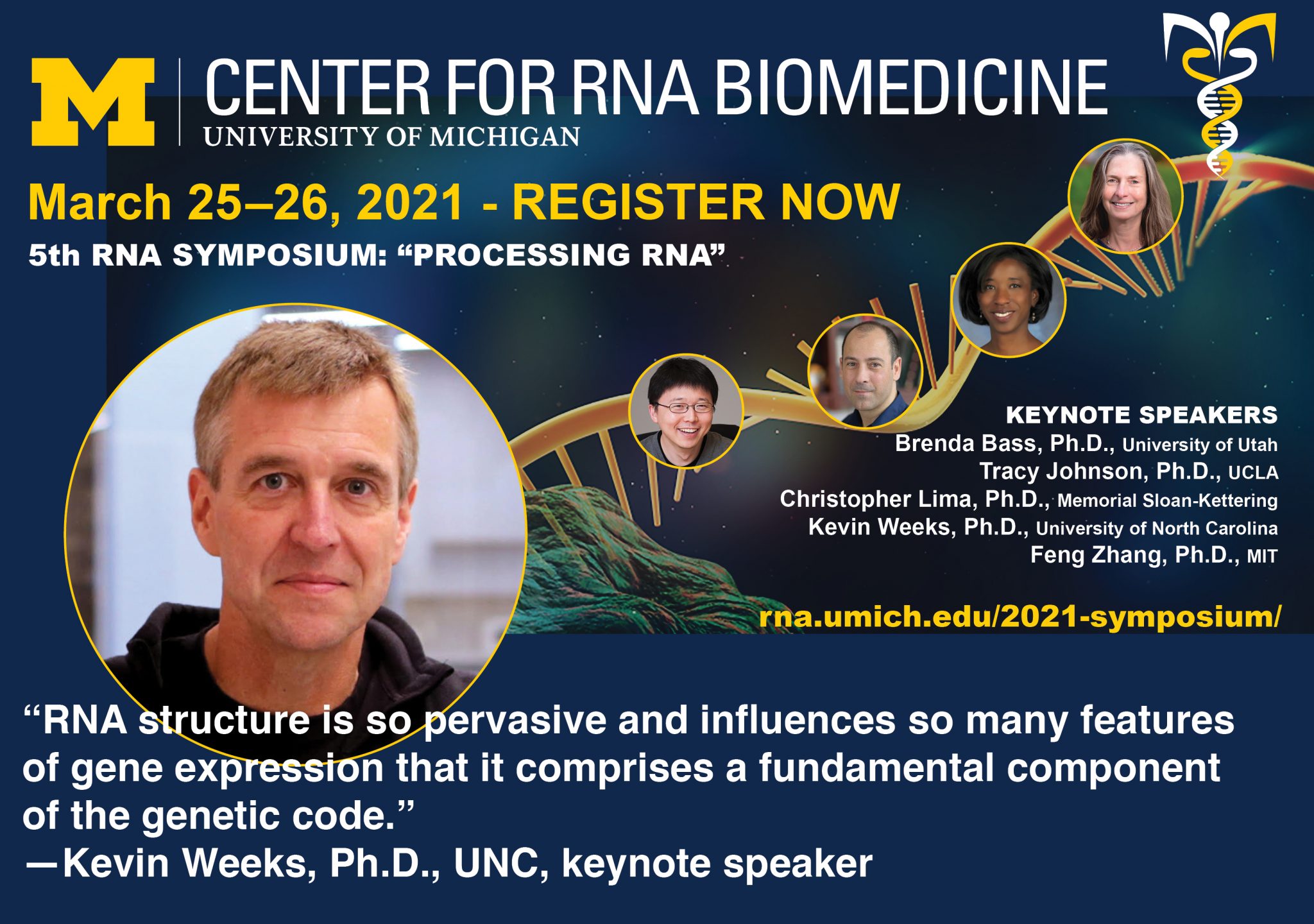 More information on the Symposium

TALK ABSTRACT
The functions of many RNA molecules – including mRNAs, long non-coding RNAs, and the genomes of RNA viruses – require that an RNA fold back on itself to create intricately and complexly folded structures. Until recently, however, we had little idea of the broad interrelationships between RNA structure and function because there simply did not exist chemical tools for rigorously examining the structures of RNA molecules in cells and viruses.  In addition, if it were possible to reliably and robustly identify sites with function-related structures in large RNAs, such discoveries would open up new opportunities for therapeutic targeting of RNA using small molecules.  This talk will focus on recent progress in our lab with high-resolution RNA structure probing over large scales such that both secondary and tertiary structure elements can be identified and such that these structural data can be used to identify RNA elements likely to have direct and important roles in cellular function and gene regulation. 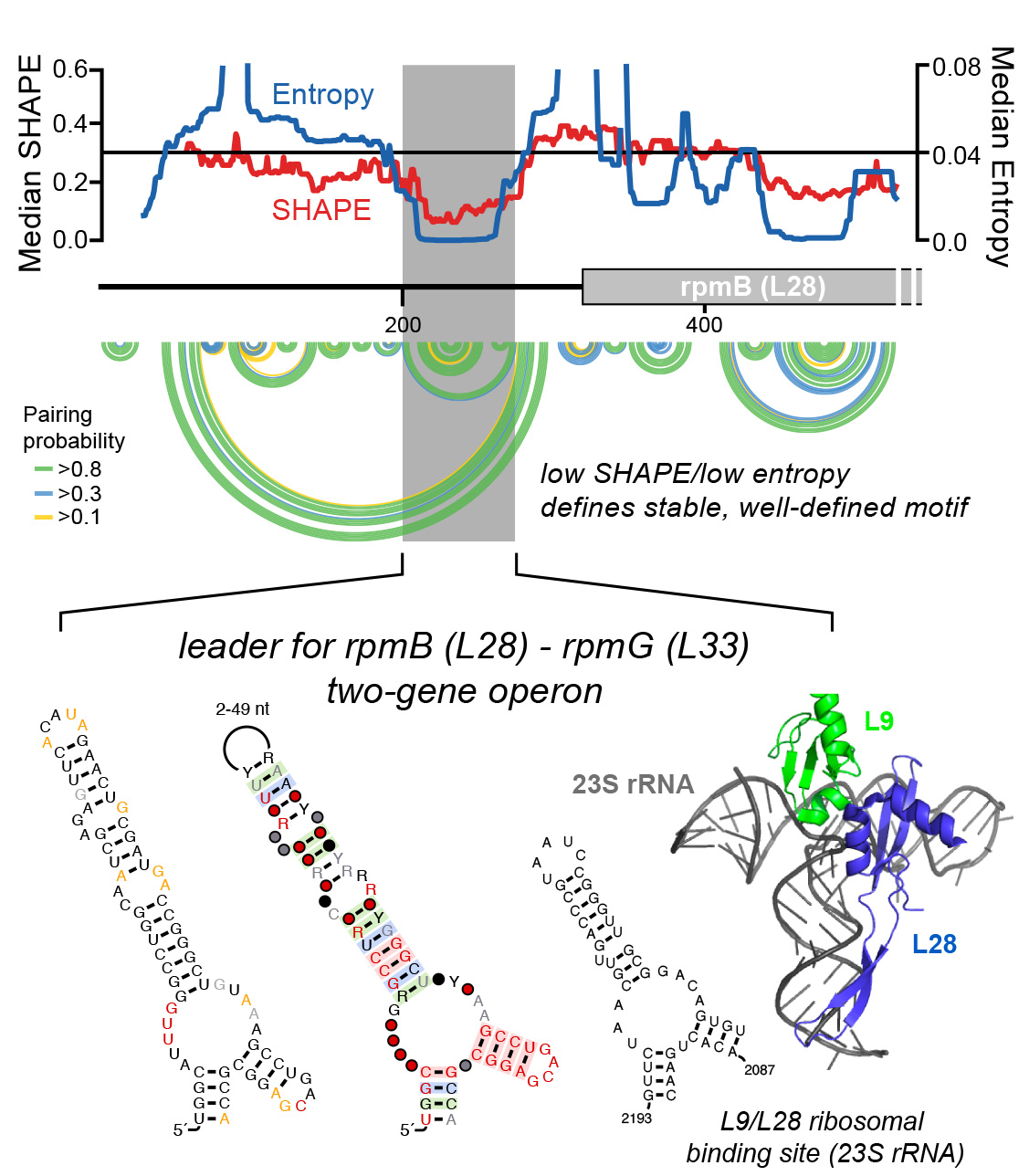 Caption: Direct measurement of in-cell base pairing in complex RNAs