RNA at the epicenter of cell and developmental biology 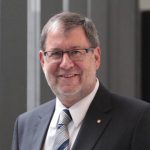 ABSTRACT: The genomic programming of the development of complex organisms appears to have been misunderstood. The human genome contains just ~20,000 protein-coding genes, similar in number and with largely orthologous functions as those in other animals, including simple nematodes with only 1,000 somatic cells. By contrast, the extent of non-protein-coding DNA increases with increasing developmental complexity, reaching 98.8% in humans. Moreover, it is now clear that the majority of the genome is not junk but is differentially and dynamically transcribed to produce not only mRNAs but also tens if not hundreds of thousands of short and long non-protein-coding RNAs that show specific expression patterns and subcellular locations. Many of these noncoding RNAs have evolved rapidly under positive selection for adaptive radiation, and many have been shown to have important roles in development, brain function, cancer and other diseases. They function at many different levels of gene expression and cell biology, including translational control, formation of subcellular (phase-separated) domains, and guidance of the epigenetic processes and chromatin dynamics that underpin development, brain function and physiological adaptation, with plasticity enabled by RNA editing, RNA modification and retrotransposon mobilization. These discoveries mean that the assumption that combinatorial control by transcription factors and other regulatory proteins is sufficient to account for human ontogeny is incorrect, as are the circular assumptions about the neutral evolution of the genome. The challenge now is to determine the structure-function relationships of these RNAs and their mechanisms of action, as well as their place in the decisional hierarchies that control human development, physiology, learning and susceptibility to disorders